"I had an ingrowing toenail about 10 months ago and got it operated on by the NHS. With in 2 months of having this operation my toe had gone bad again. After putting up with agonizing pain for 4 months, I went to David Williams who told me I had total re-growth which was very unusual. He re-did my toe almost immediately, and I cant tell you the relief I feel after my operation. It also helped that all the staff were very friendly, and David Williams talks you through what he is doing which I felt was important. The After care I received was excellent. Would recommend the Malvern Surgeries to anyone".
Lucy Bywater

"Over many months I have been plagued from time to time with ingrowing toenails of my big toes. David has often treated these to good effect. But as is typical of this condition it never cures the problem permanently.

It was decided to have some radical minor surgery to cure the problem once and for all.

Both my toes were treated. In each case a ring of block of local anaesthetic was used to avoid any pain during the ensuring procedure. Prior to the injections ethyl chloride spray was used to chill and numb the site.

The procedure to remove the sides of the nails could now commence. When the nail pieces had been removed the area was treated with carbolic acid to destroy the nail bed and prevent any further nail growth.

After the procedure the area of surgery was fully treated with antiseptic dressings and well bandaged to allow use of shoes.

The whole procedure was completed in a totally pain-free manner and after several free follow-up visits to check the progress post-op I have been totally free of pain or any recurrence."
Dr Michael Dawes

"I developed a severe pain in my right foot whenever I walked. Unfortunately I allowed it to become very bad before seeking treatment from David Williams at The Malvern Chiropody Surgery. By the time I met Mr Williams I was limping very badly. He quickly diagnosed the problem as inflammation in the joints between the metatarsals, caused by the fact that my feet didn't sit levelly on the ground. He made temporary alterations to the insoles of my shoes. He gave me exercises to do for a few minutes first thing in the morning. He supplied arnica cream for me to rub in, and a course of ultrasound. Within three weeks I was no longer limping. He then made me orthotics, which have kept me pain-free for the six months since my treatment ended. Based on my experiences I can strongly recommend Mr Williams for podiatry treatment."
Dr Nic Peeling

"I would like to write & let you know how pleased I am with the orthotics you provided for my daughter, Vicky. As you know, Vicky had been suffering for many years with aching legs and a sore ankle with associated fatigue. At some points, she had been unable to walk any great distance. It was when I took her to a local physiotherapist to see if she could help with the pain that Vicky was in, that she noticed that most of the pain was down to biomechanical issues and she recommended that Vicky came to see you. Your detailed analysis and careful measurements of Vicky's feet and the subsequent orthotics provided were a revelation and from the first day that she wore them, Vicky has said how comfortable they are. Over a short period of time after starting to wear the orthotics, her calf muscles have relaxed and she is able to walk without being in pain or getting fatigued. The difference is amazing and the orthotics have been life enhancing for her. I have been so impressed with the orthotics that I have invested in a pair myself and I too am finding similar positive benefits."
Mary Kidson

"For very many years I have been a keen walker in all kinds of country, including rough and mountainous terrain. When I retired to Malvern I wished to continue with this, but by then my feet were in a mess and I suffered painful aches and strains after a long walk. If I had not gone to see David Williams I should not have been able to carry on. With the use of sonic and other treatments and above all the provision of suitable orthotics, he soon brought about a huge improvement that restored my enjoyment of walking. Regular visits since then have ensured that any further troubles have been quickly brought under control. Now in my eighties, I can still walk the Malvern Hills (for example) all day and have comfortable feet at the end of it. This greatly enhances my whole quality of life but would have been impossible without the help David Williams has given and continues to give. I am immensely grateful to him and recommend him wholeheartedly."
W.F. Pool
12 November 2012

"As a dance teacher I spend many hours on my feet which had consequently resulted in several painful conditions. I had ingrowing toenails, tendonitis and problems with aching ankles and calf muscles.

David Williams successfully treated these with corrective surgery, ultra-sound and orthotics. The difference has been amazing and I am now able to continue teaching and dancing with ease and comfort.

I would wholeheartedly recommend the Malvern Surgeries to anyone."
Mrs. Janet Hughes 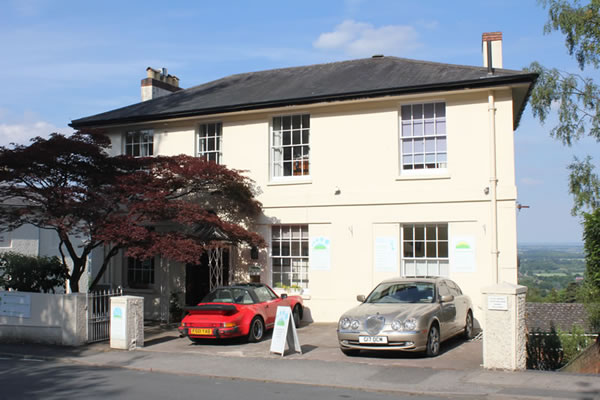